A luxury label specialized in a single garment, the perfectly universal cashmere sweater. 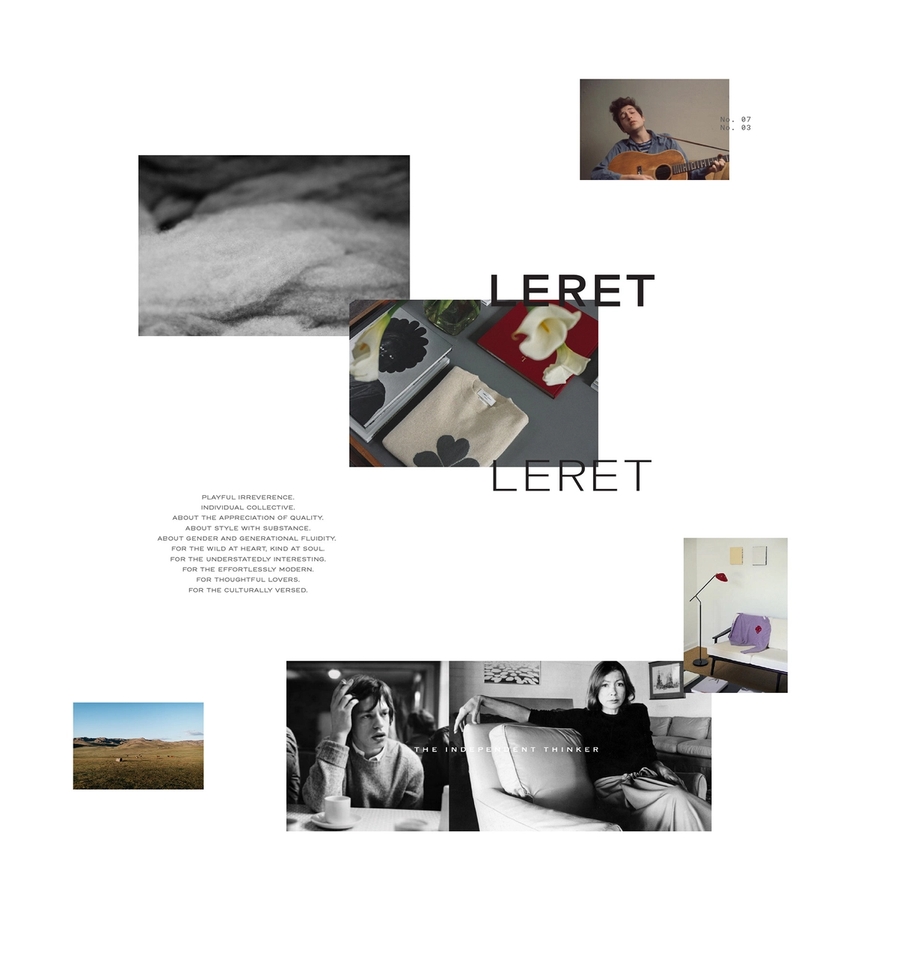 Siblings Andrea and Edouard Leret conceived the brand as a manifestation of their creative dialogue, two opposites weaving stories together through one piece of clothing by introducing limited-editions of the classic crew neck, updating the traditional silhouette with a relaxed fit, fluid cut and a seasonless layering potential. 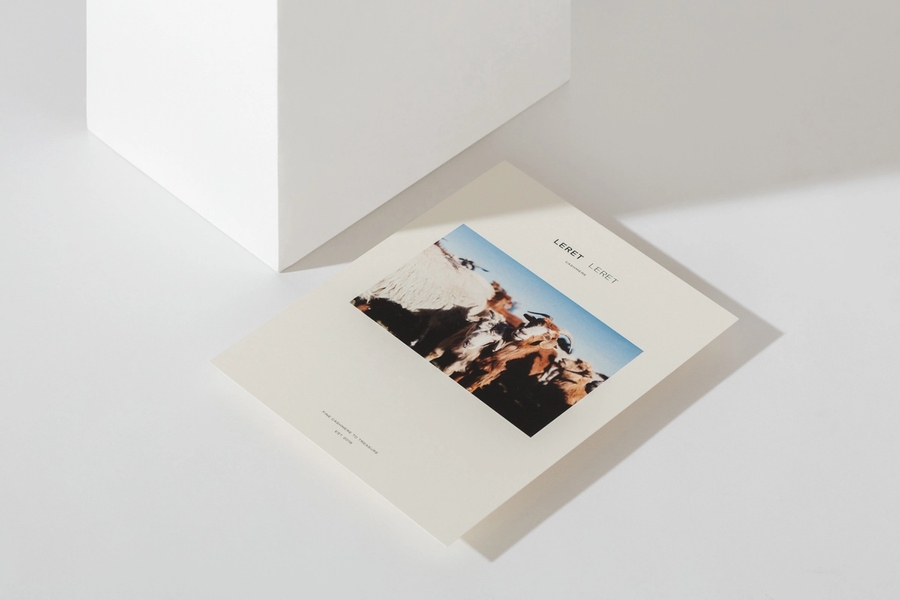 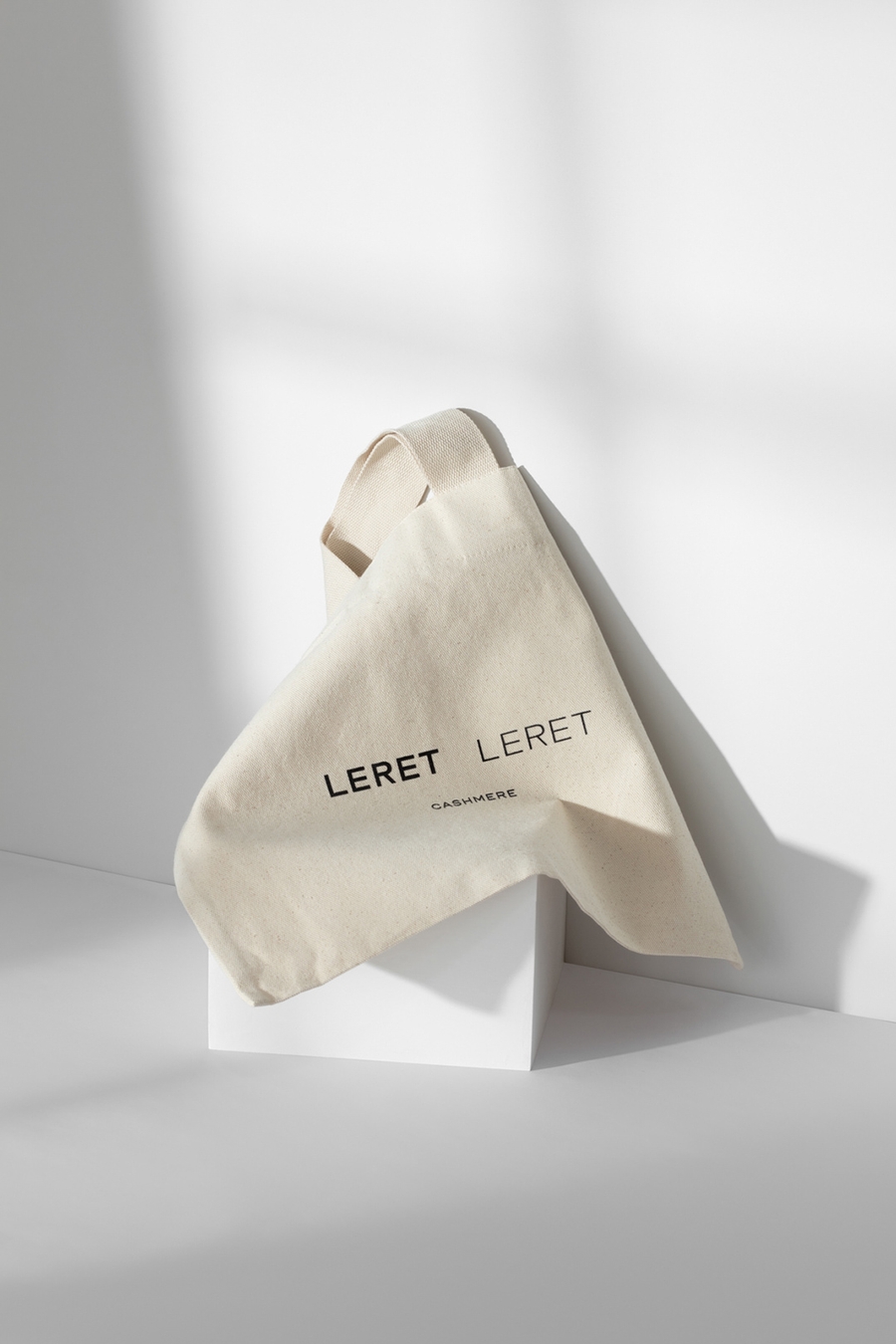 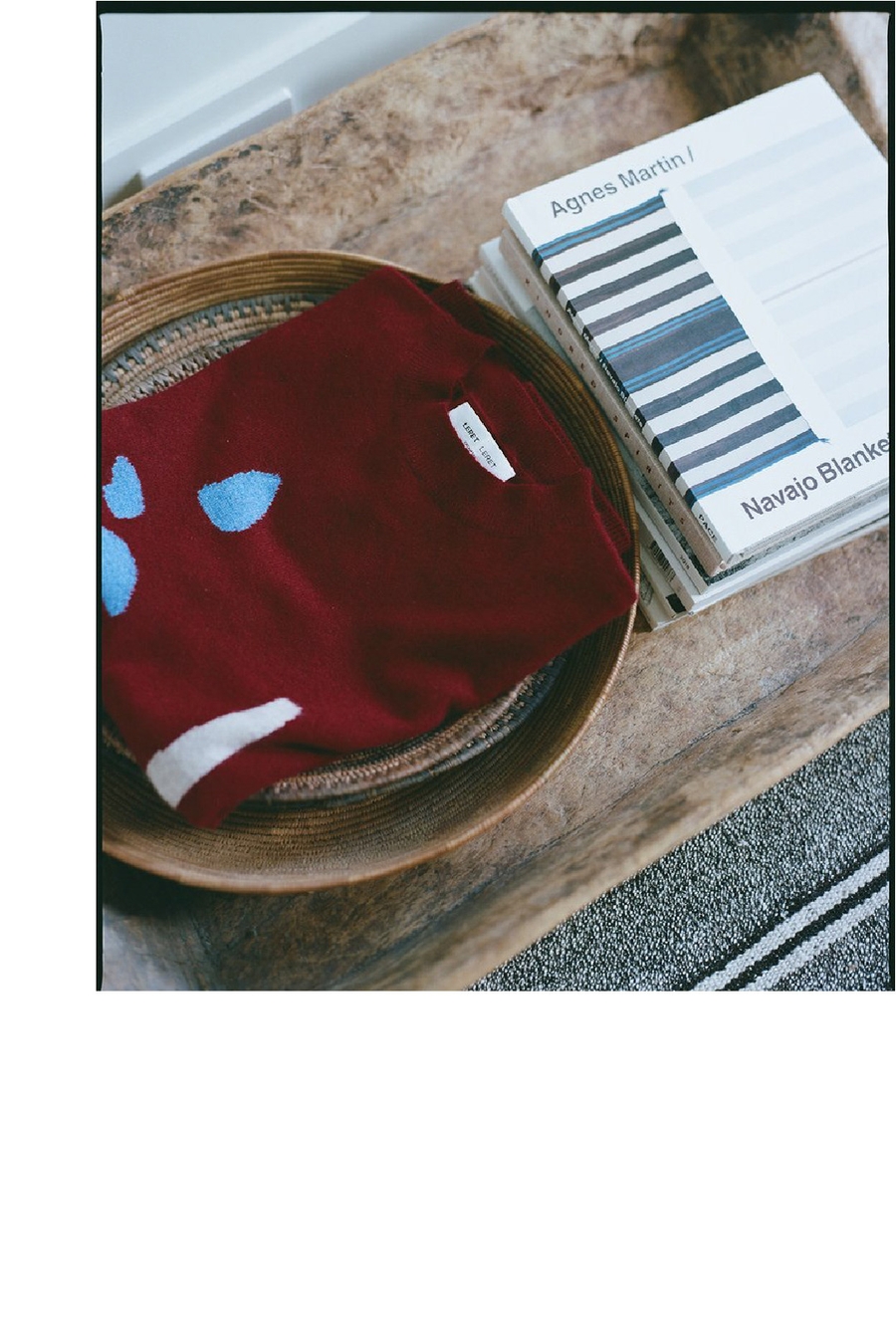 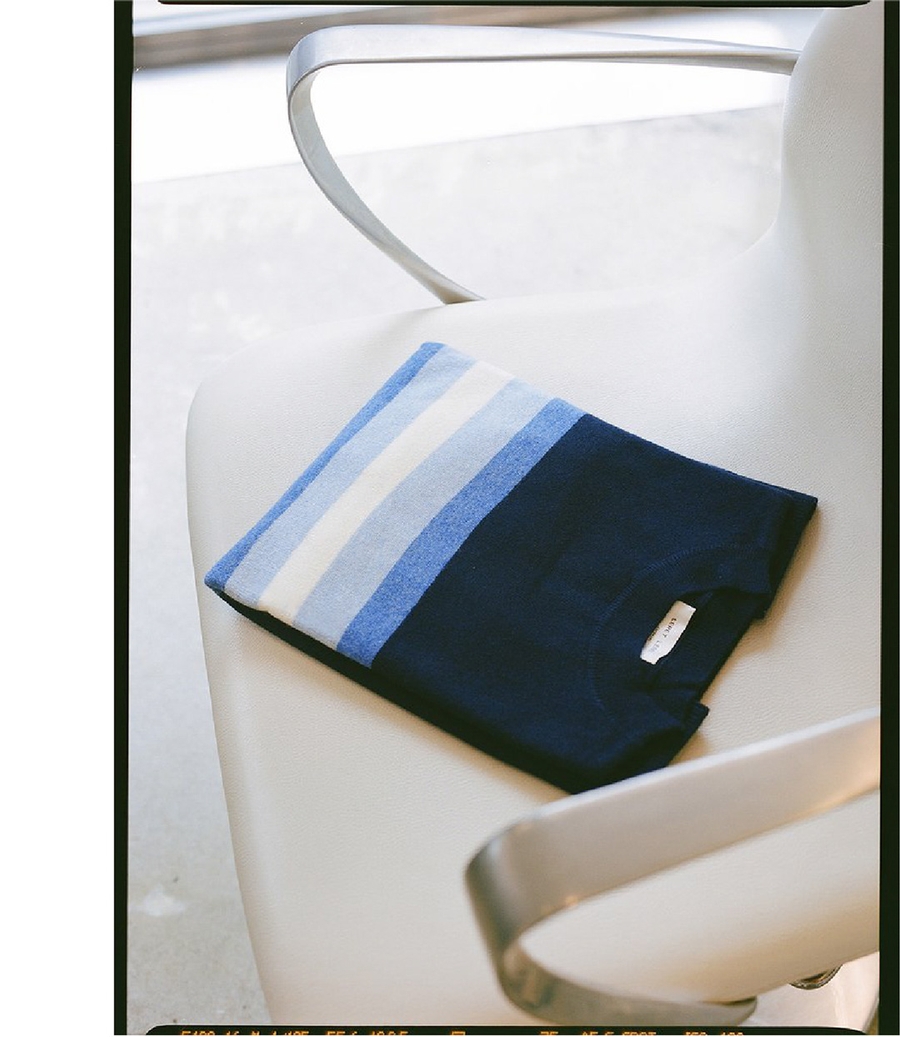 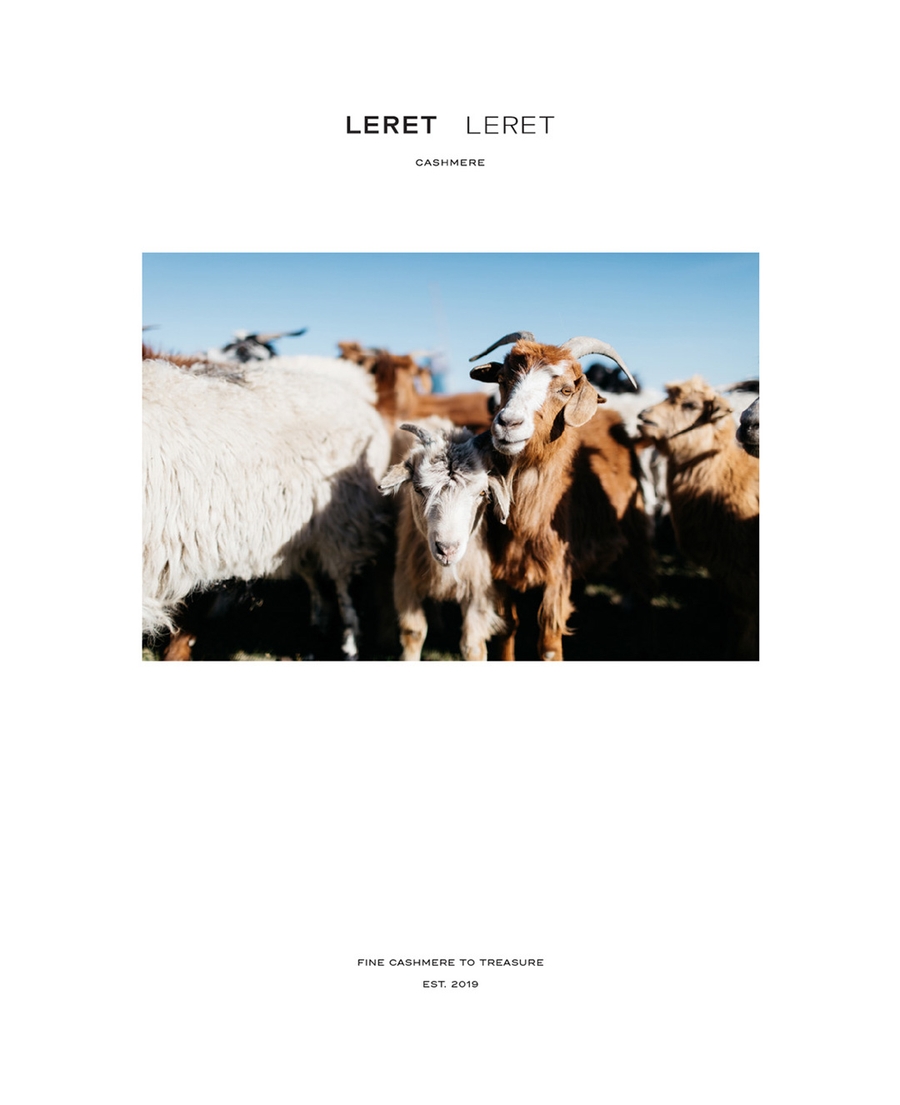 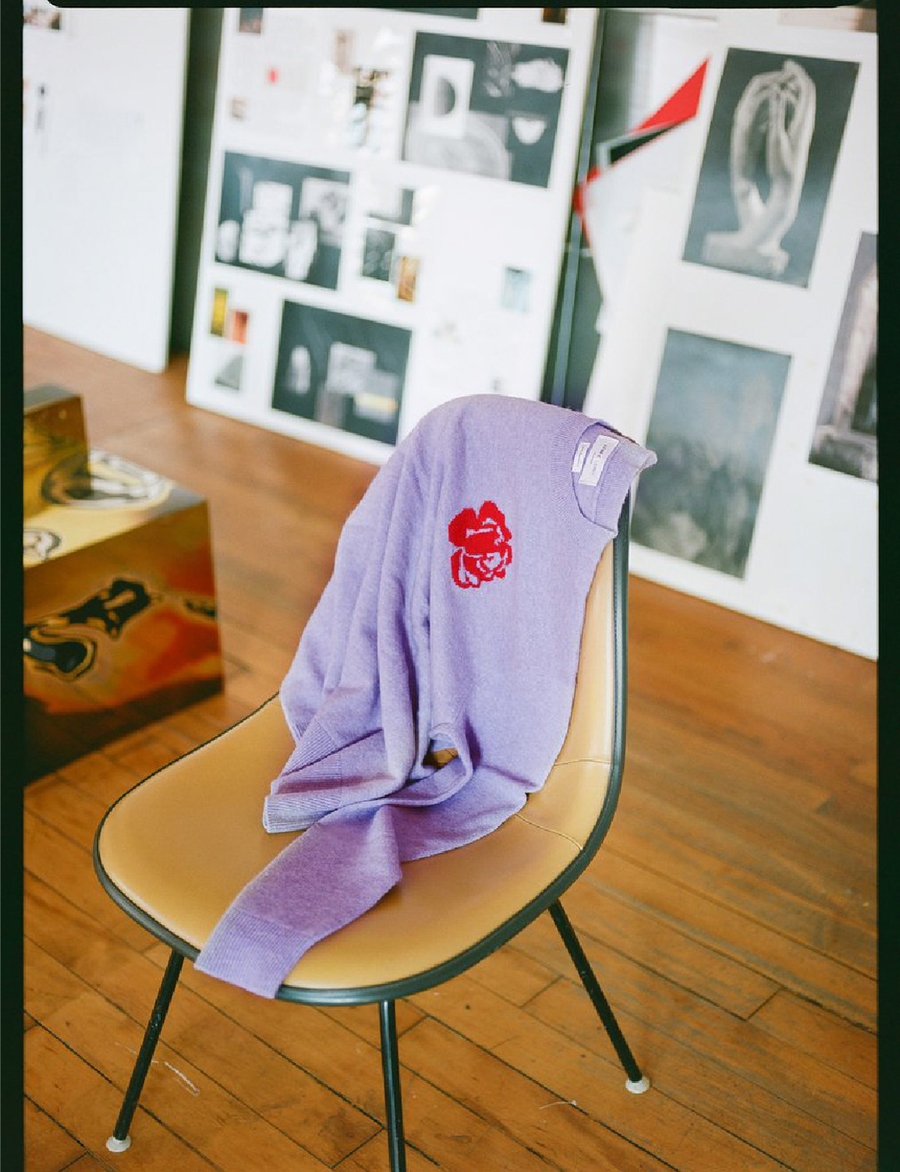 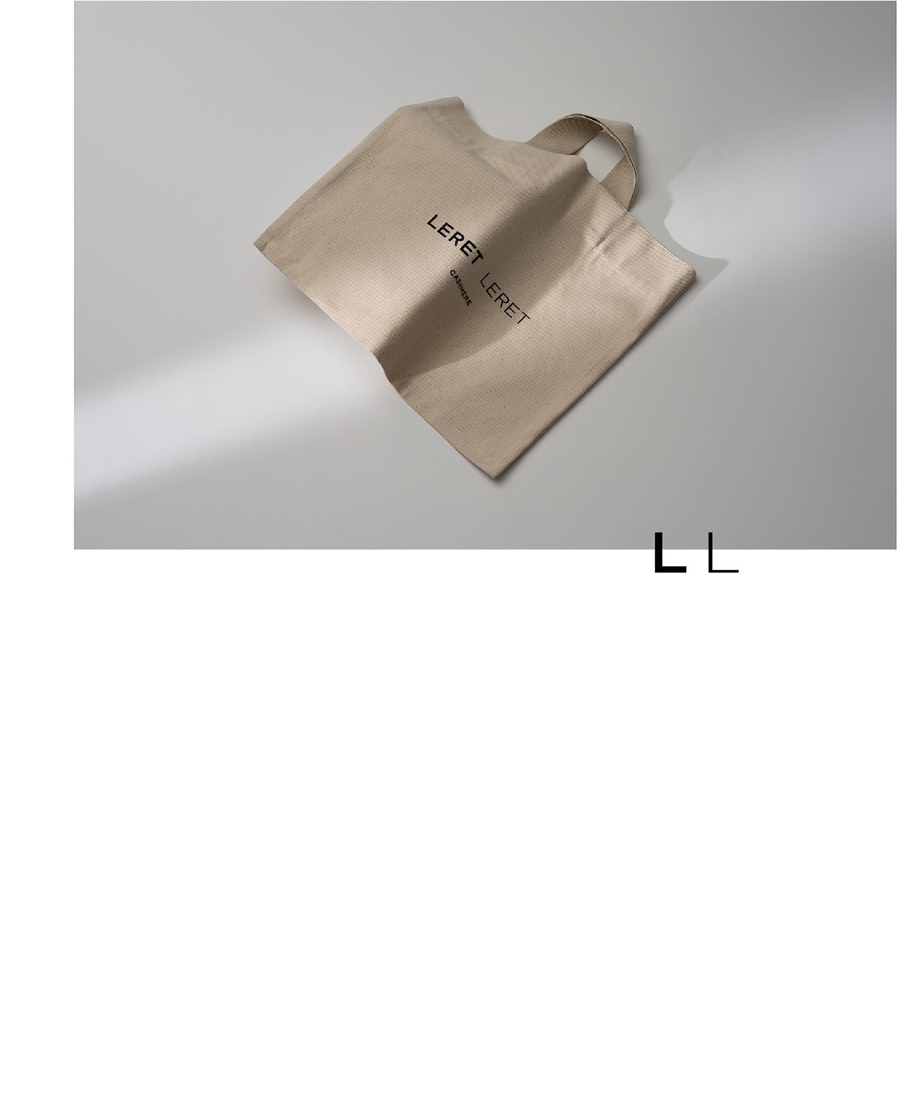 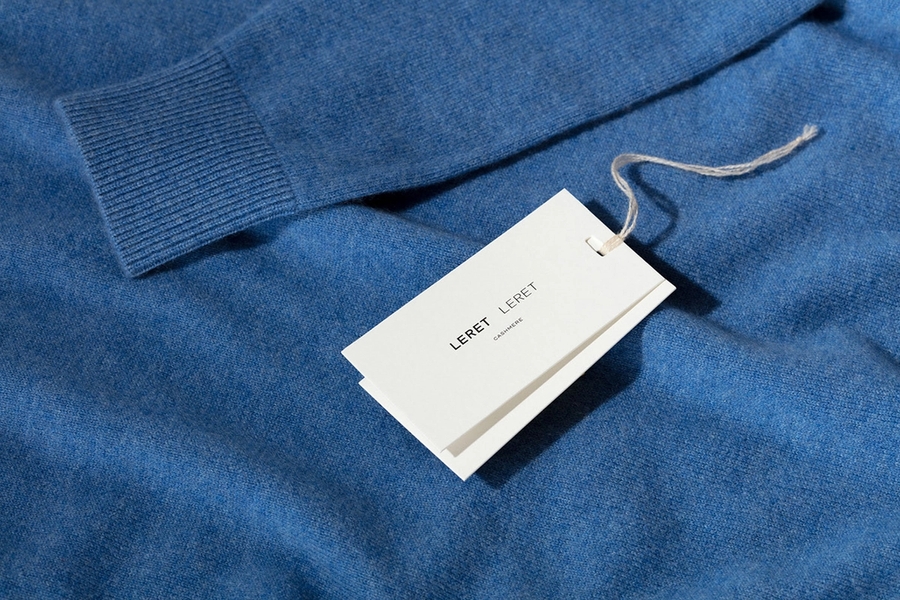 The logo idea resides in the concept of pairs. Everything has two parts which are joined. Two siblings, one brand. The unity of opposites defines a situation in which the identity of a situation depends on the co-existence of the opposite, yet dependent on each other in order to become a better version of oneself. 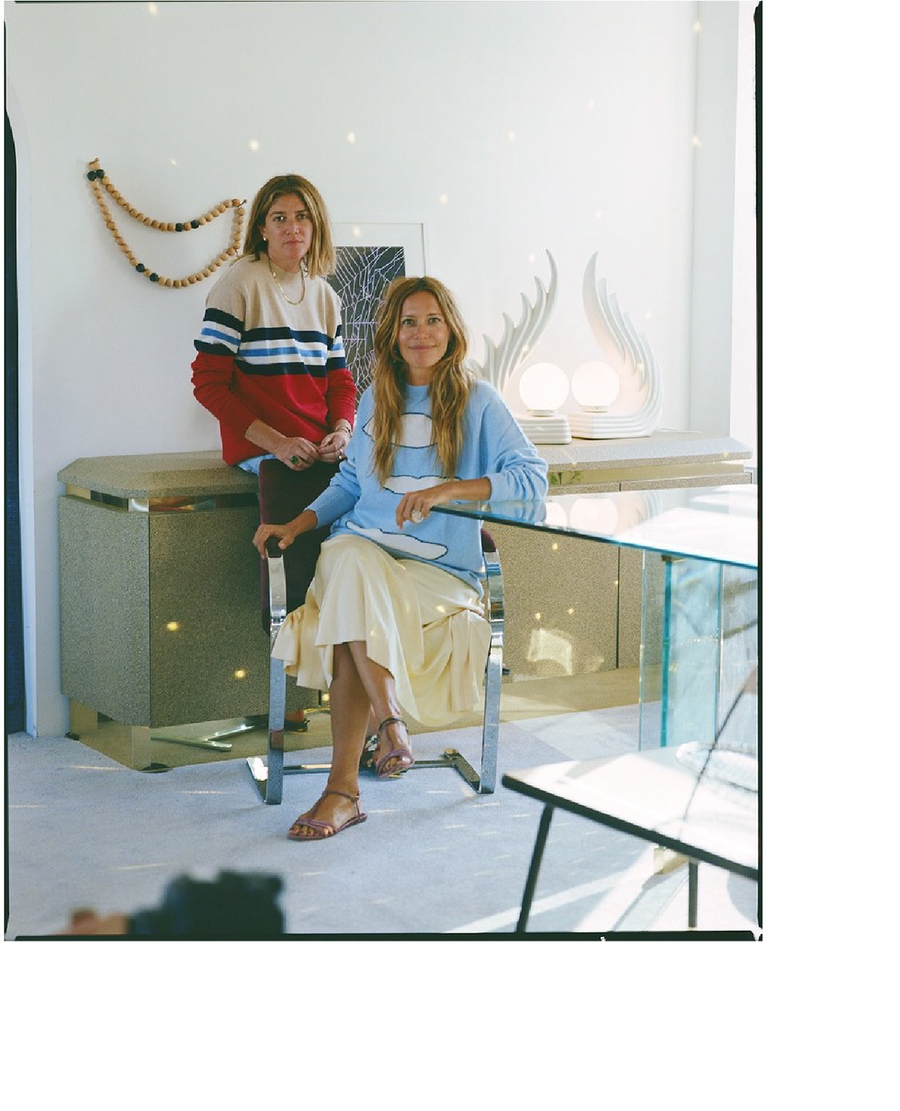 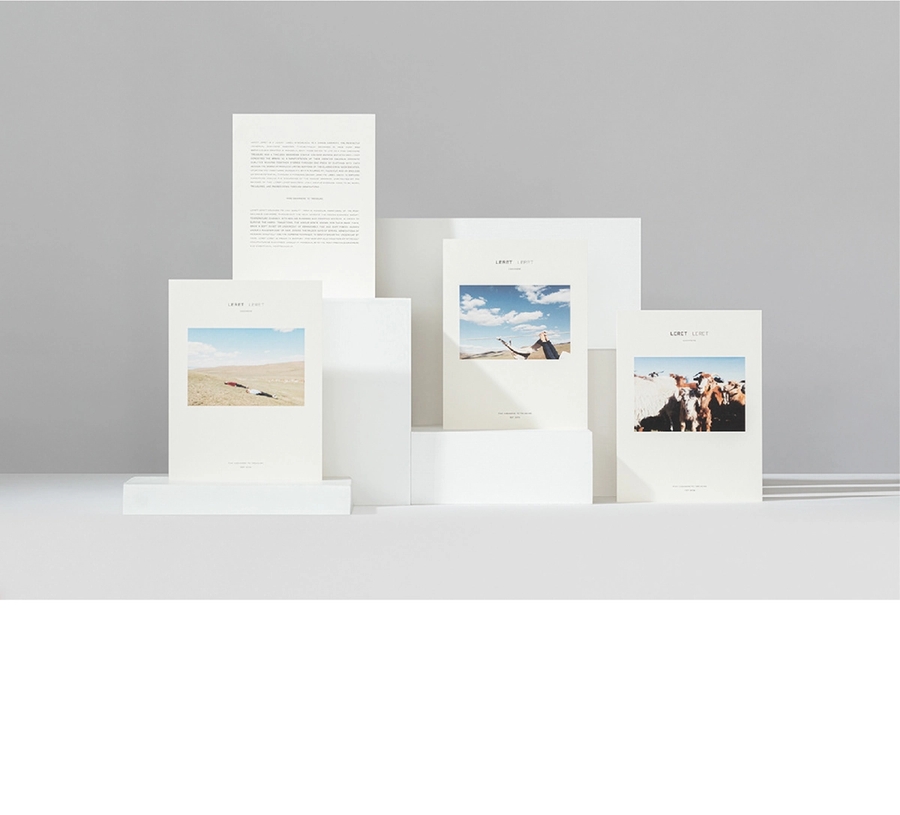 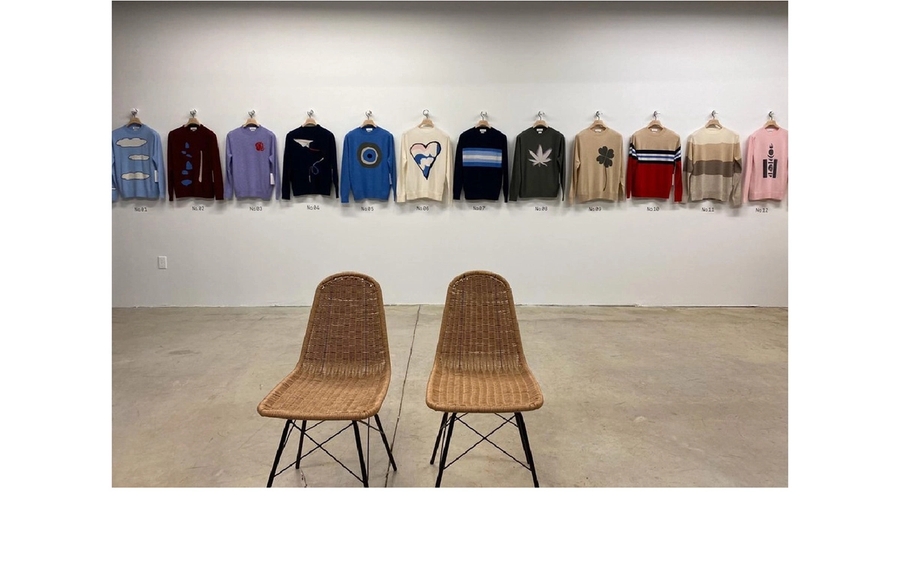 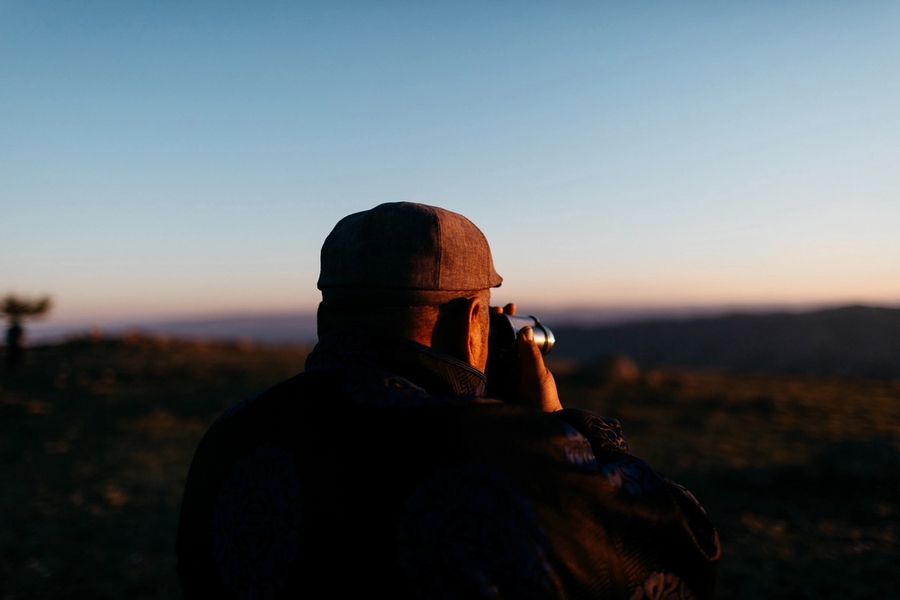 After a few days in Ulaanbaatar we made our way to the Mongolian steppe, heading south east beneath the infinite blue skies. It was green as far as the eye could see. A magical spring day. We arrived to a camp of Gers surrounded by horses, cows, dogs and Hircus goats. A Mongolian Ger is a portable dwelling, traditionally made from expanding a wooden circular frame covered in felt and tightened with leather ropes. The main structure is held by a crown and has an opening for a chimney and air circulation. The assembly can take anywhere from one to two hours to build, and eventually disassemble. 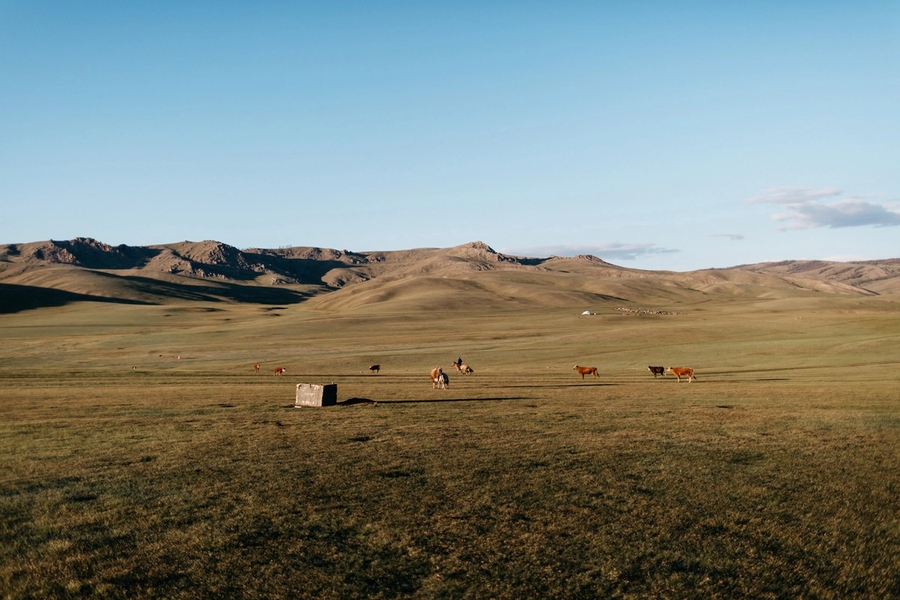 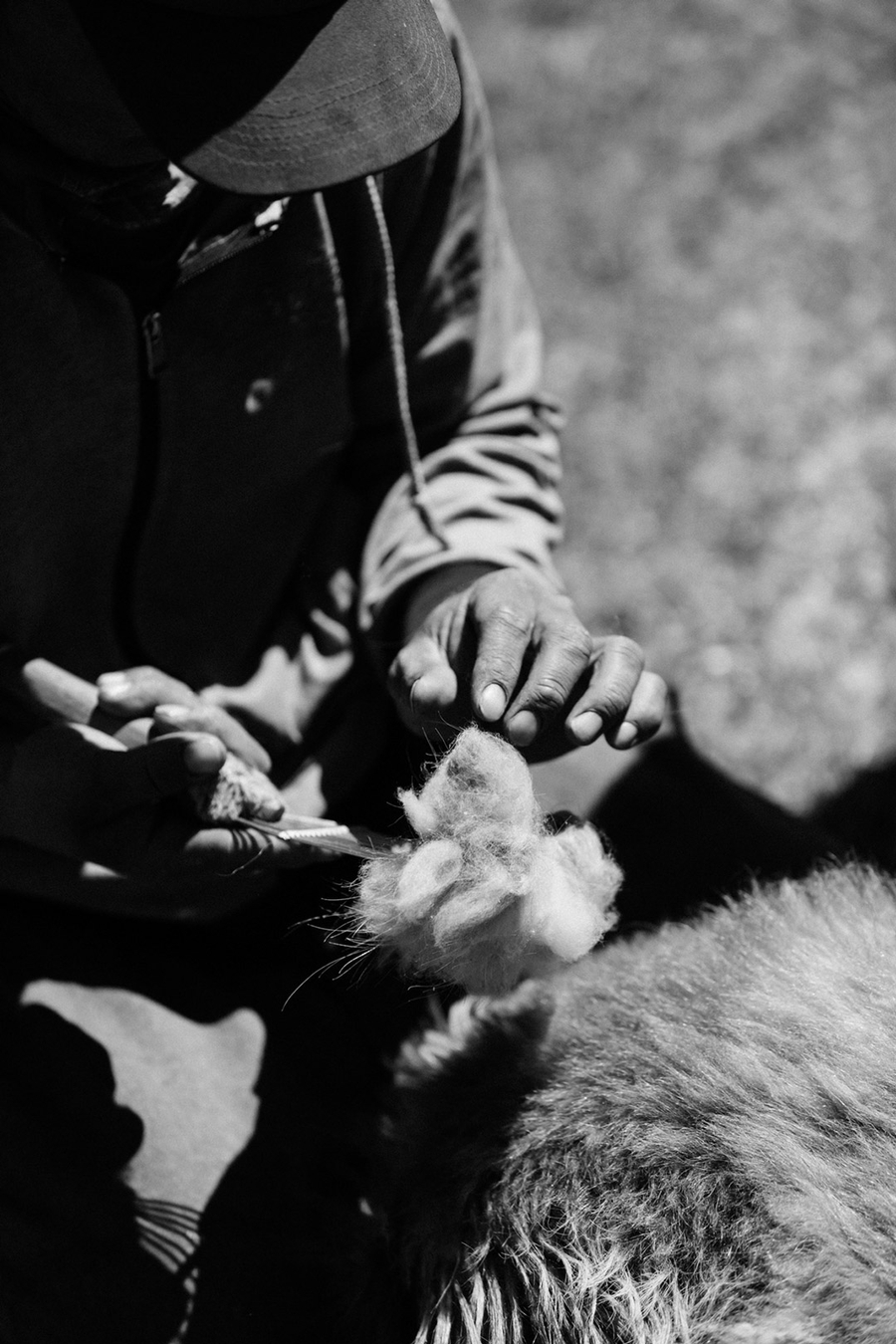 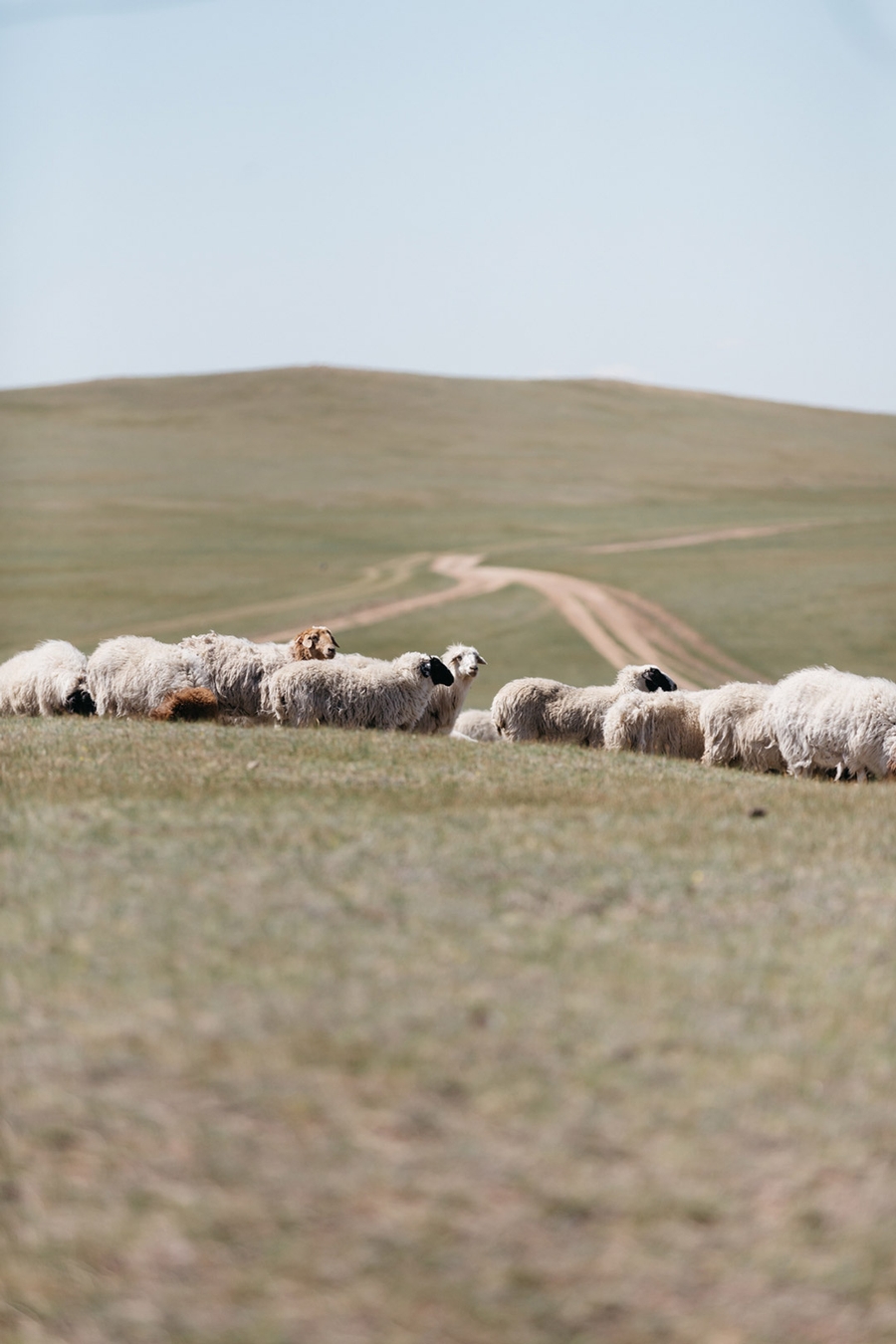 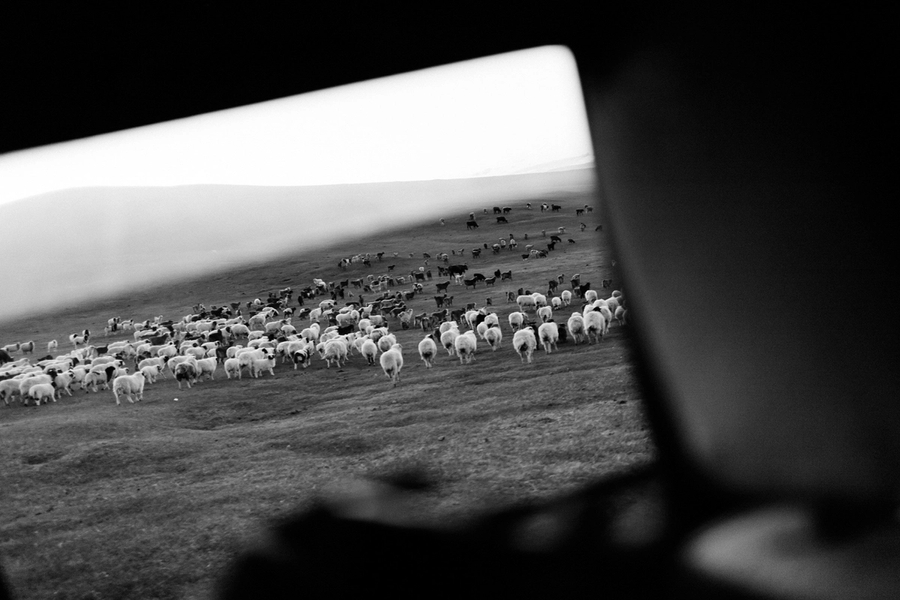 We were greeted by Erdene-Ochir and the community of nomads who had settled in the steppe for the summer. Erdene welcomed us with open arms, leading us into his Ger filled with family portraits and ancestors’ photographs. 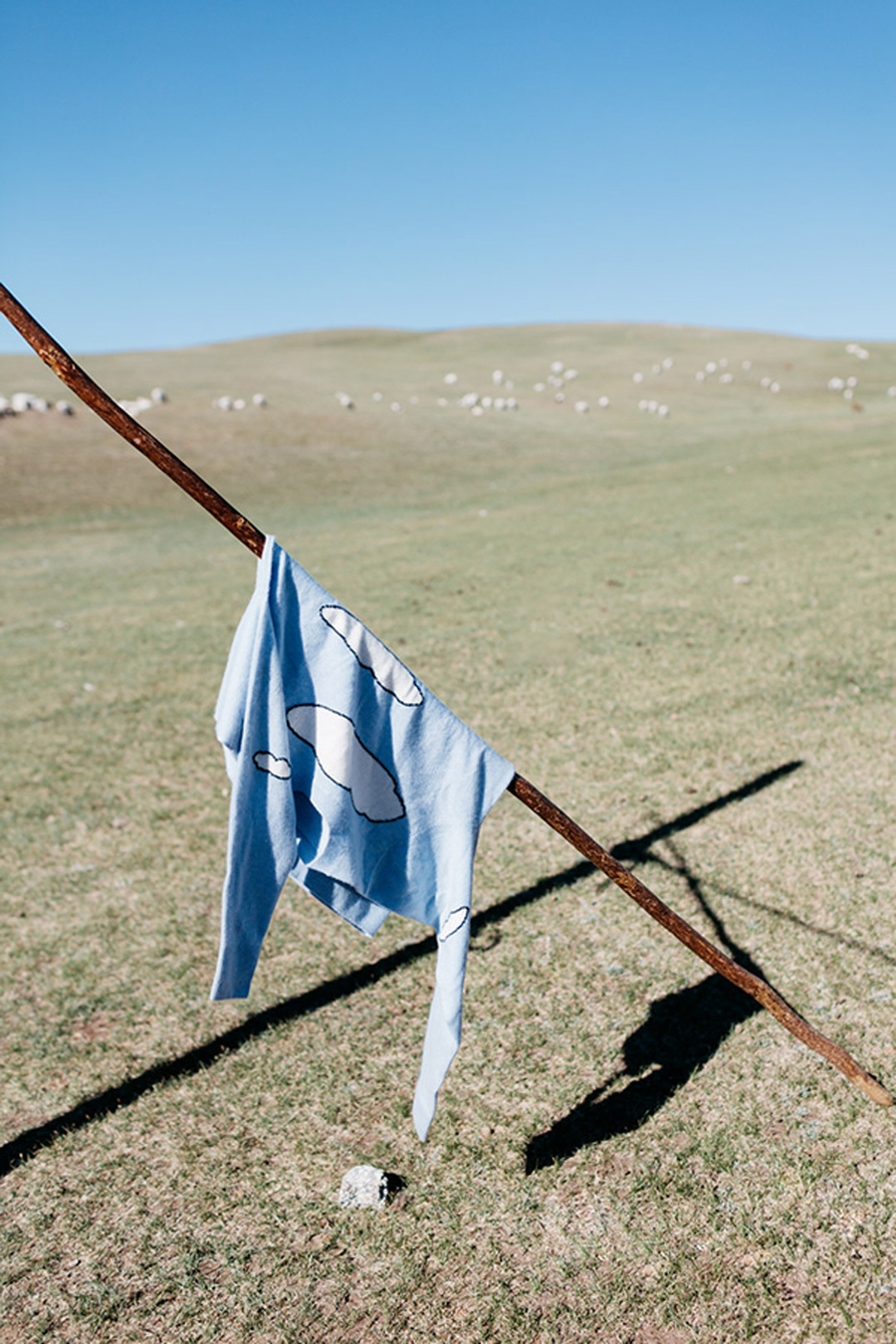 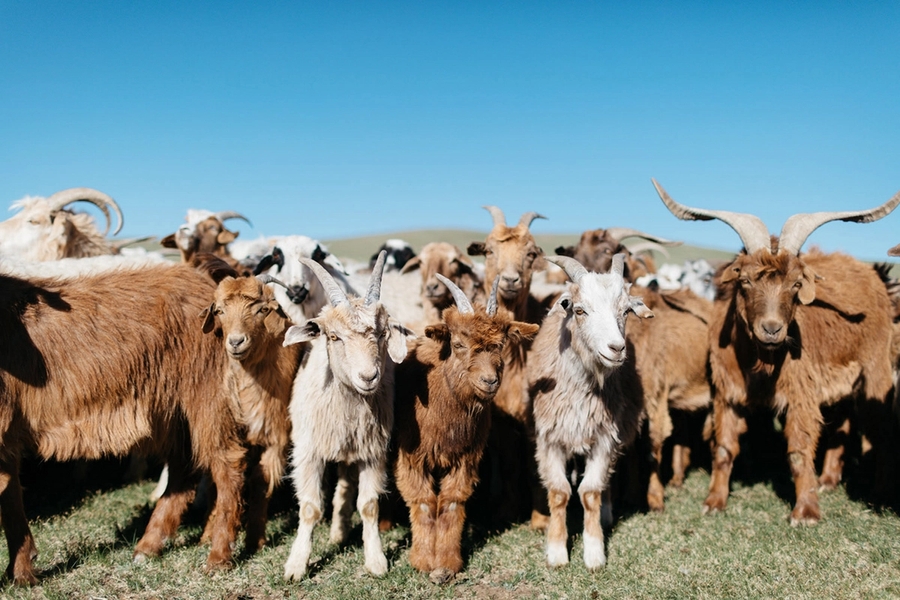 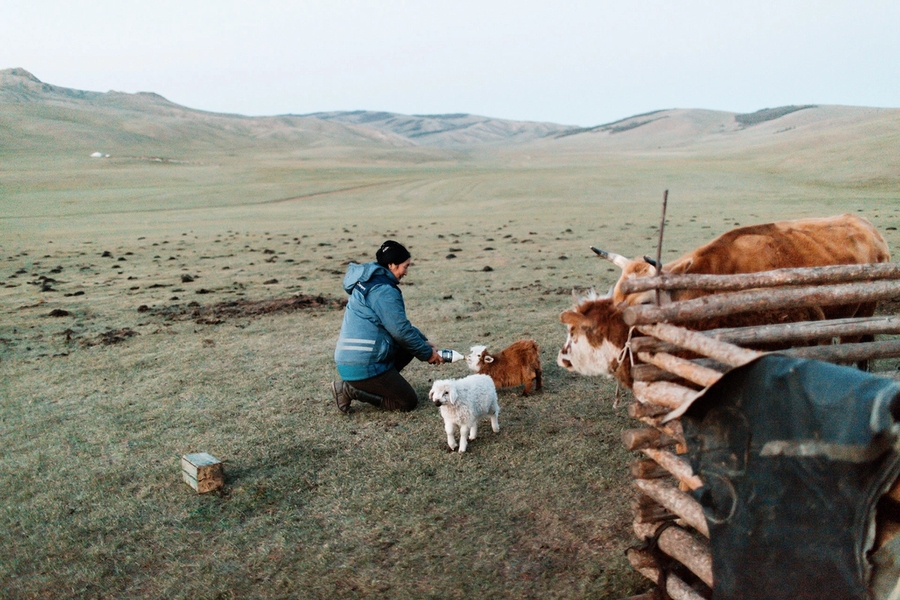 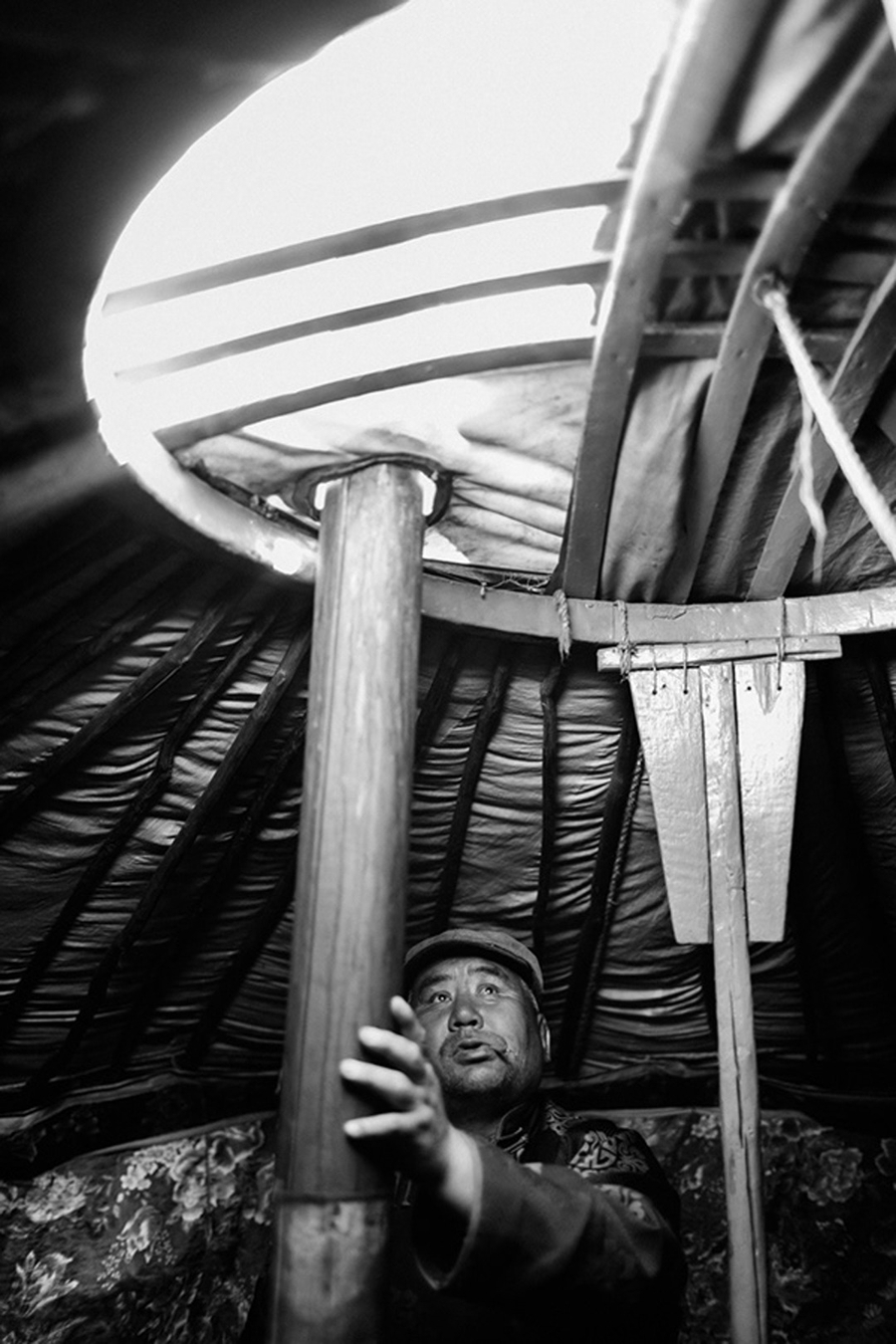 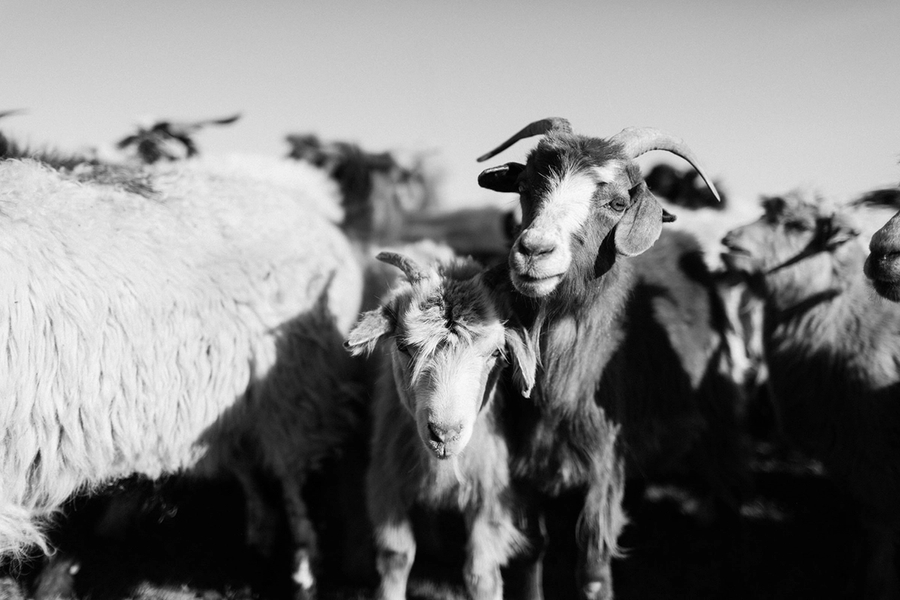 At dawn, we rushed up to the peak of the mountain to breathe in the beautiful sunrise. 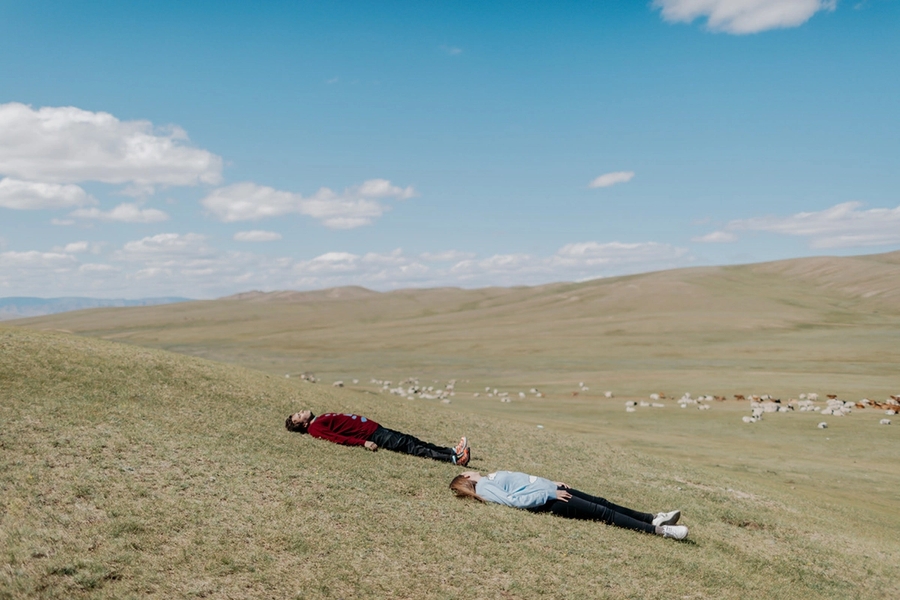 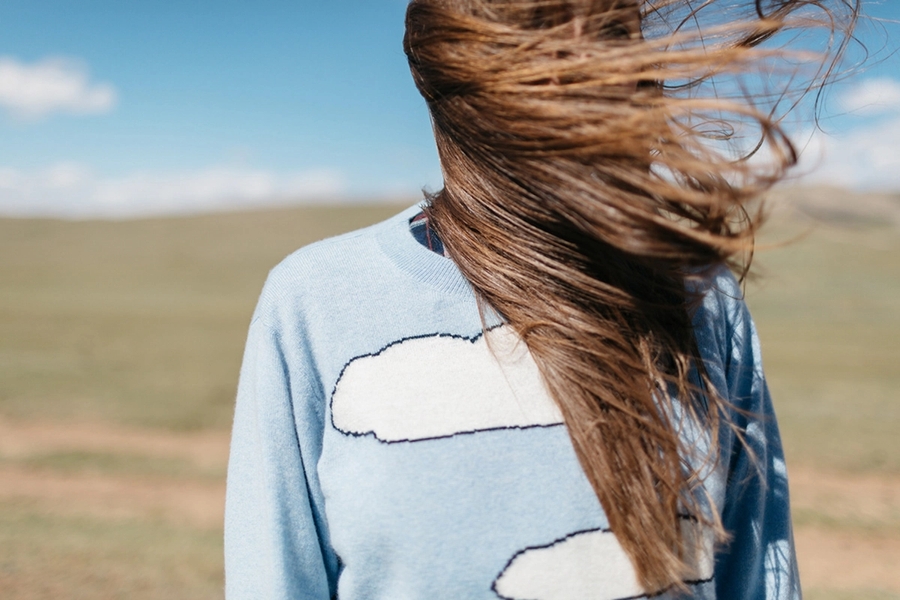 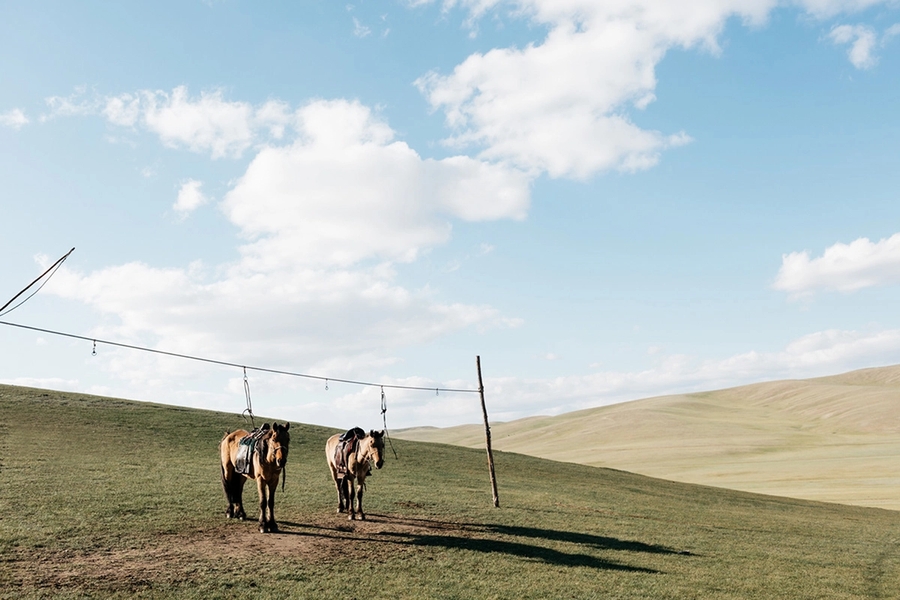 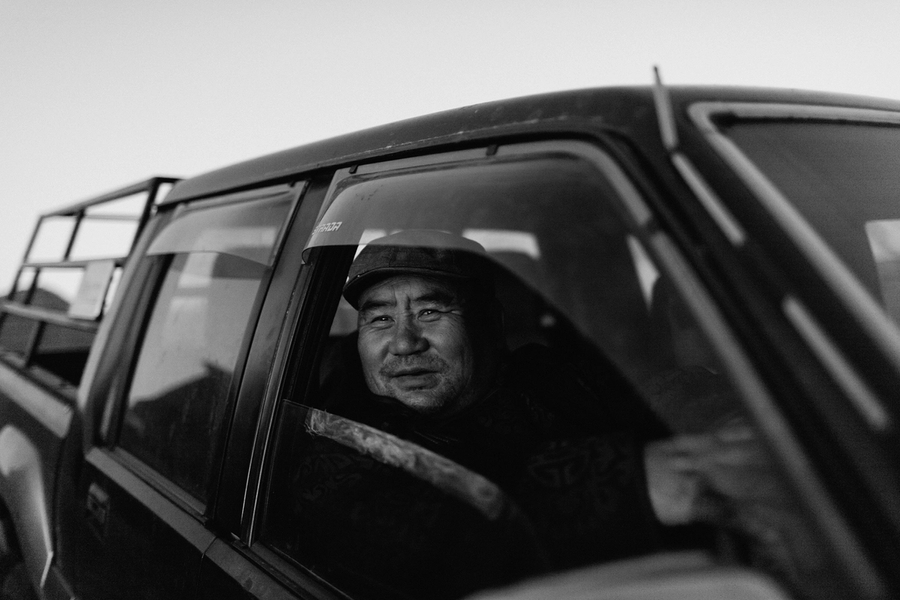 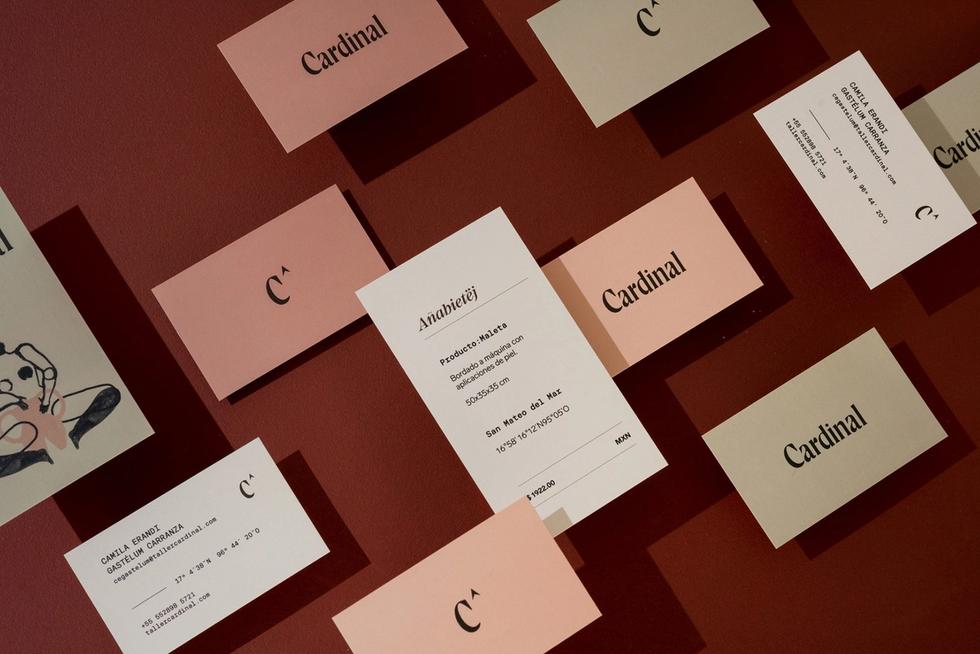 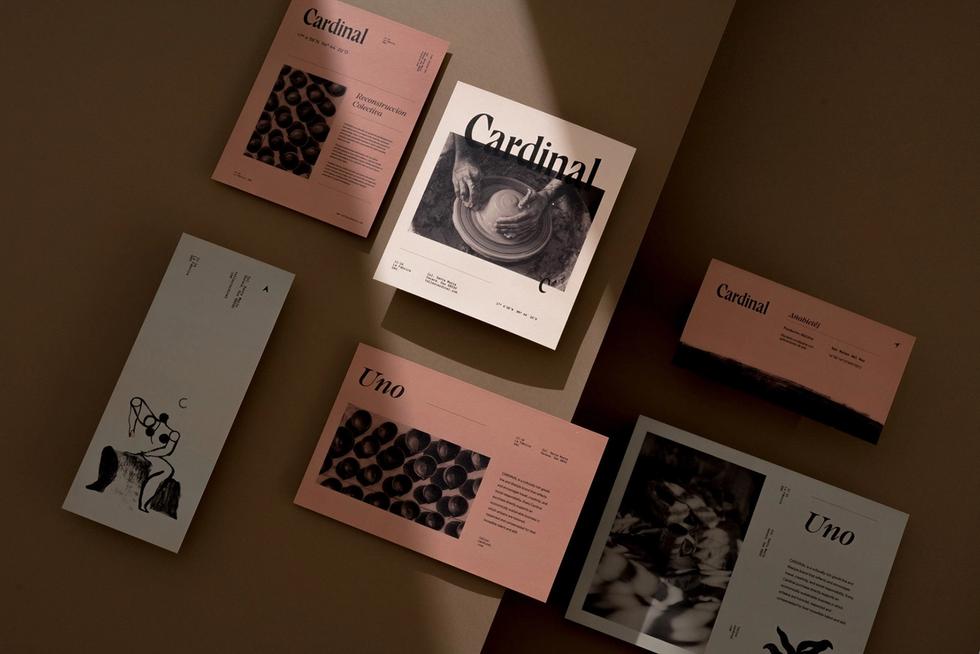